The jewelry store Haritidis is located on the ground floor of a typical 1970s apartment building in the commercial area of Thessaloniki. A two level corner space via Pr.Koromila str. as a dominant entity abreast to an architectural analysis. Any change in the raw data of lightness, materiality, geometry, flows, should be made so as to obscure specific previous entries and further generate new ones.

Metal pale colored surfaces mask the façades modifying the pre-modeling session. Color rollover from outer-light to inner-dark composing a flee out into exurbia. A “treaty” to reveal store, jewel, exposure and customer. Vertical stripes surrounds the shop window “holding” the jewels. The restored marble surfaces shows grabbed over the elements to the inner space of the zero and the upper floor. Massive displays over light linear metallic braces, light yellow stripe holders rotating over the space, reflected glasses divide different areas, flooring from tiling to metal and carpet providing separate uses in both levels where the plan circulates the customers over a central display. 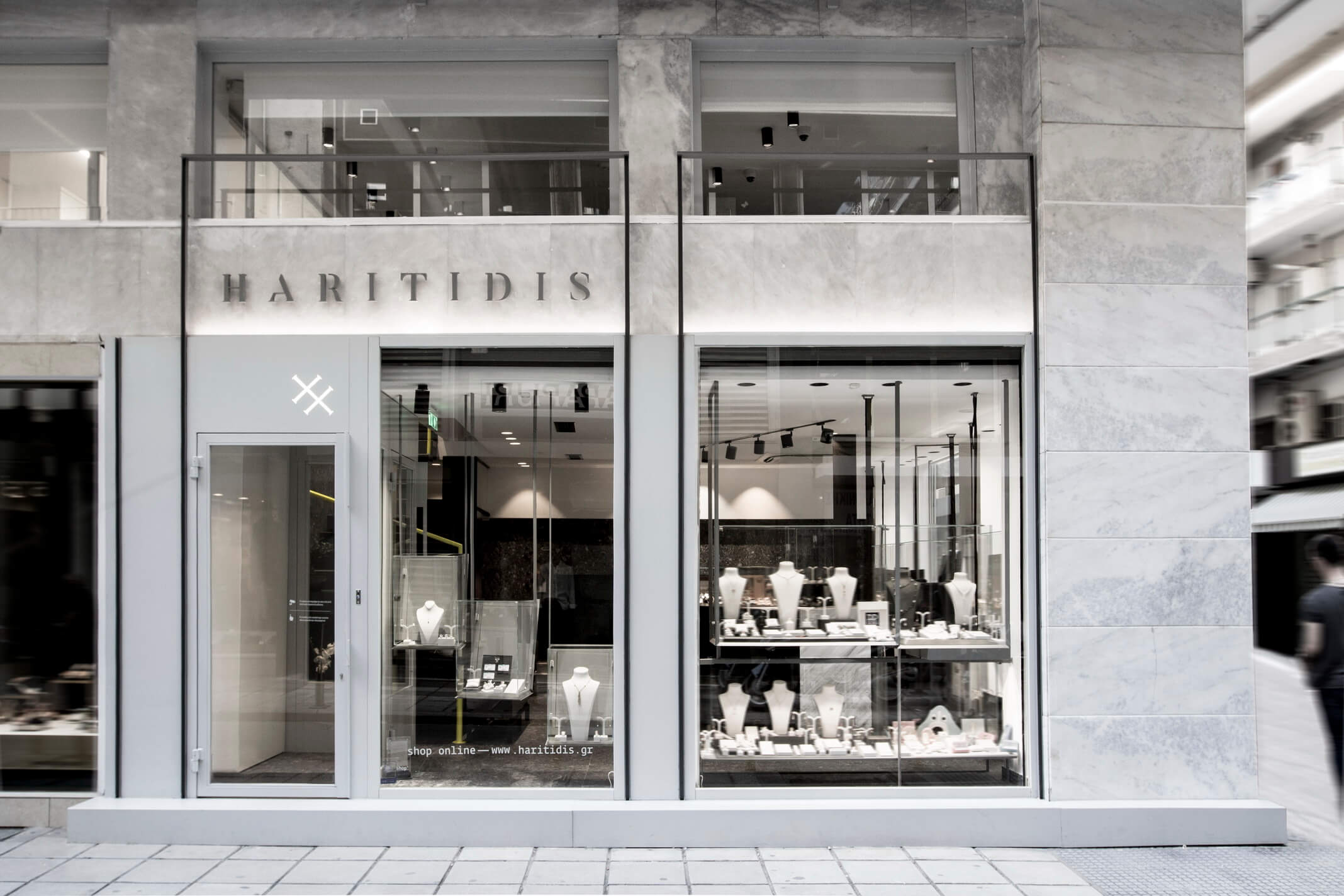 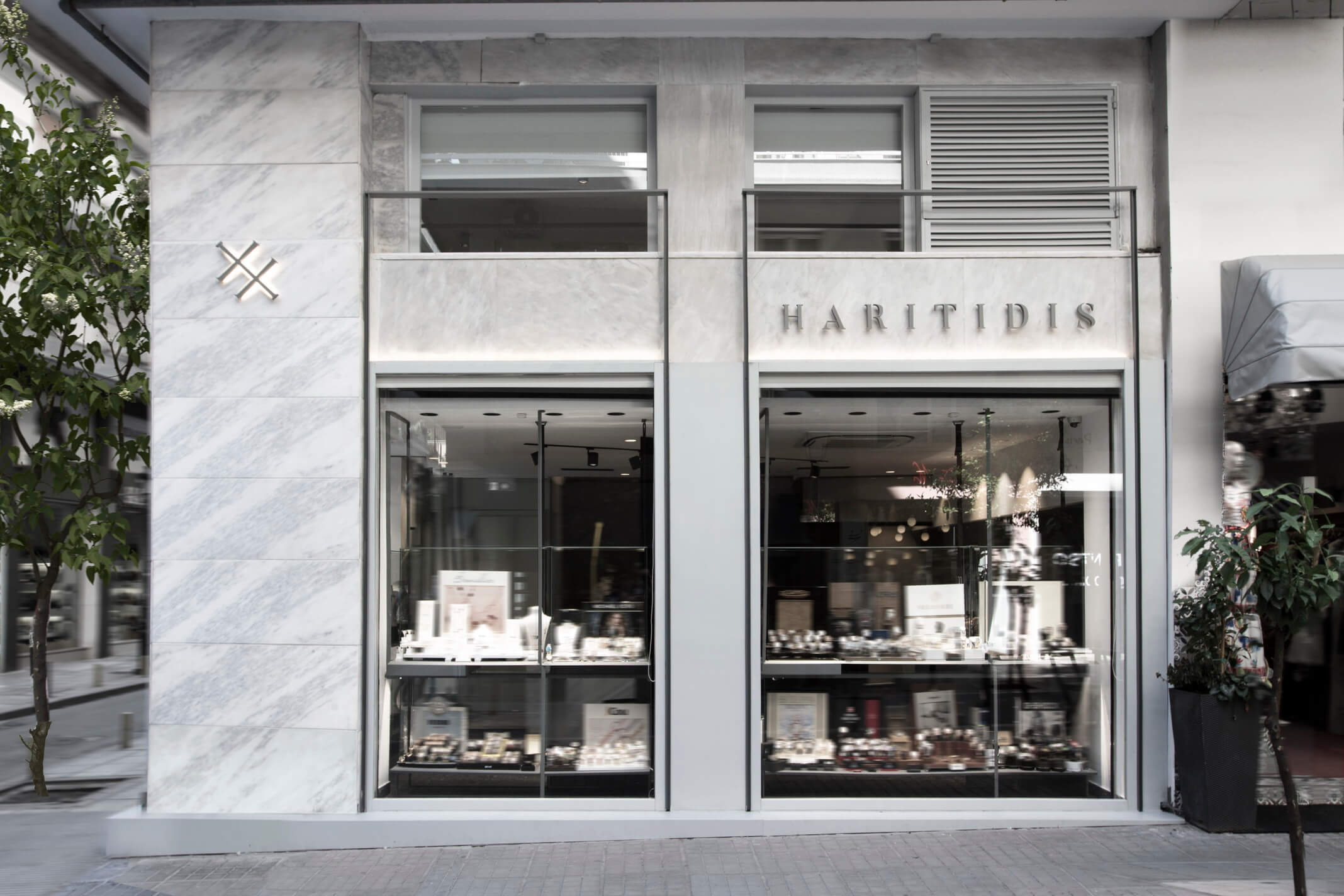 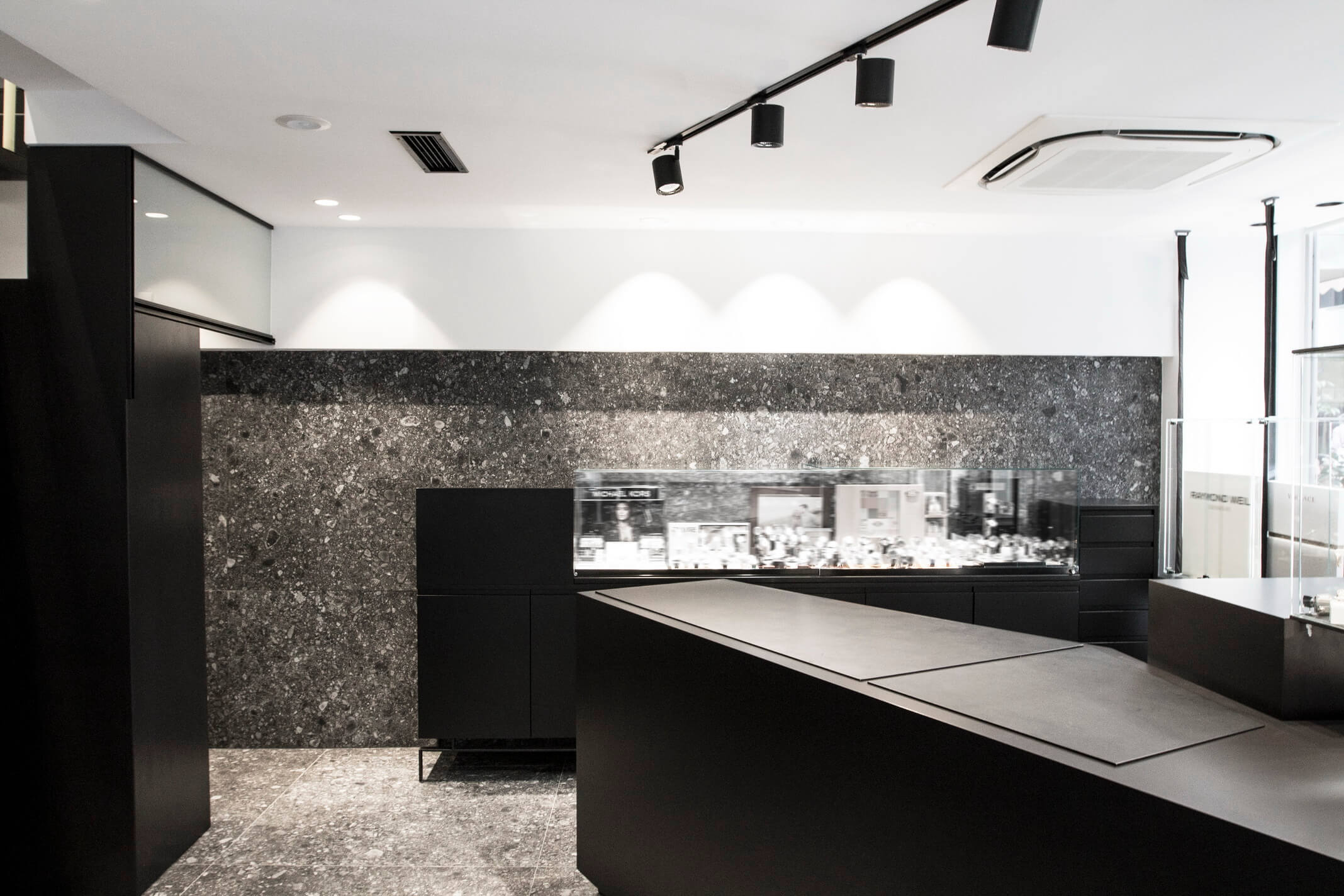 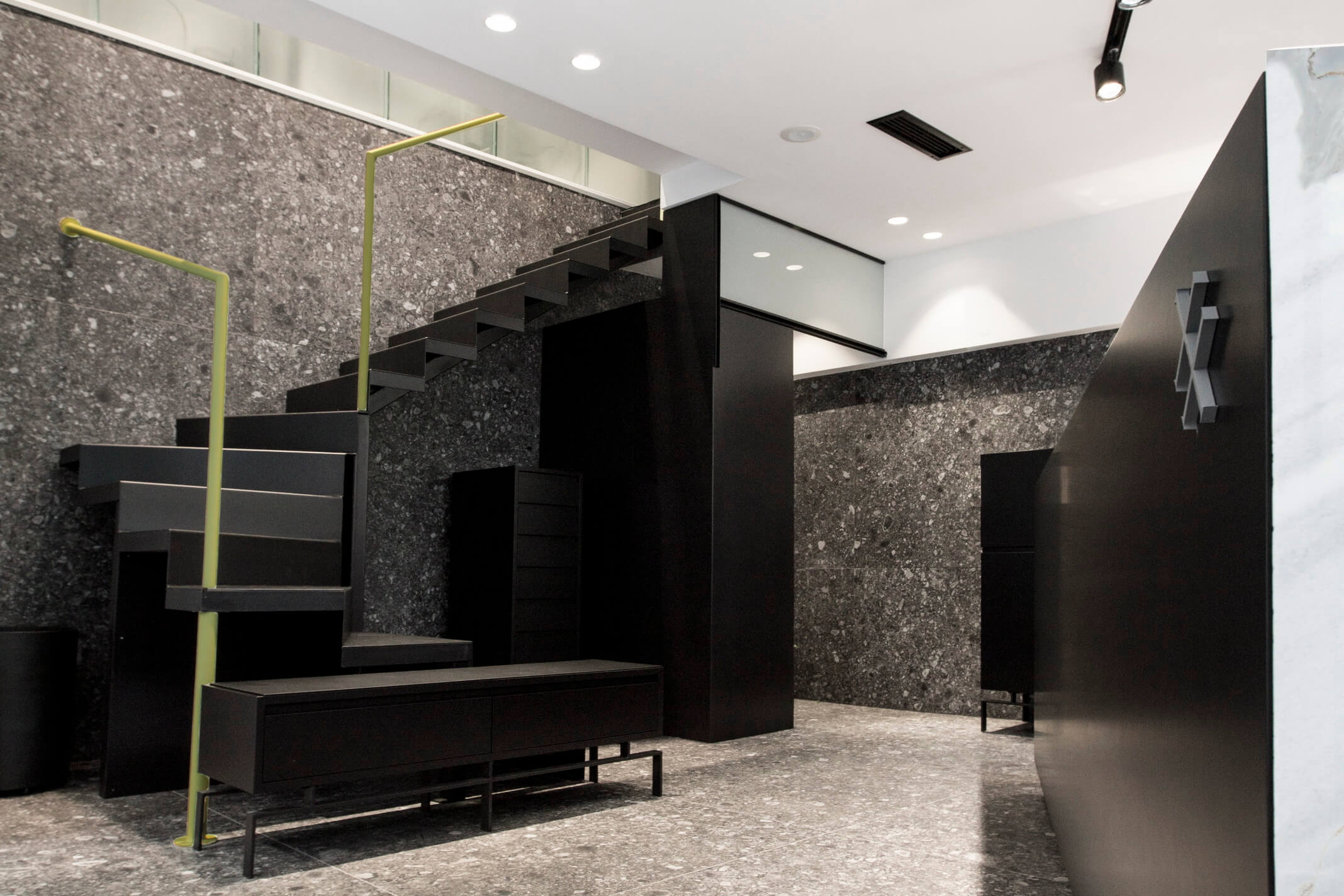 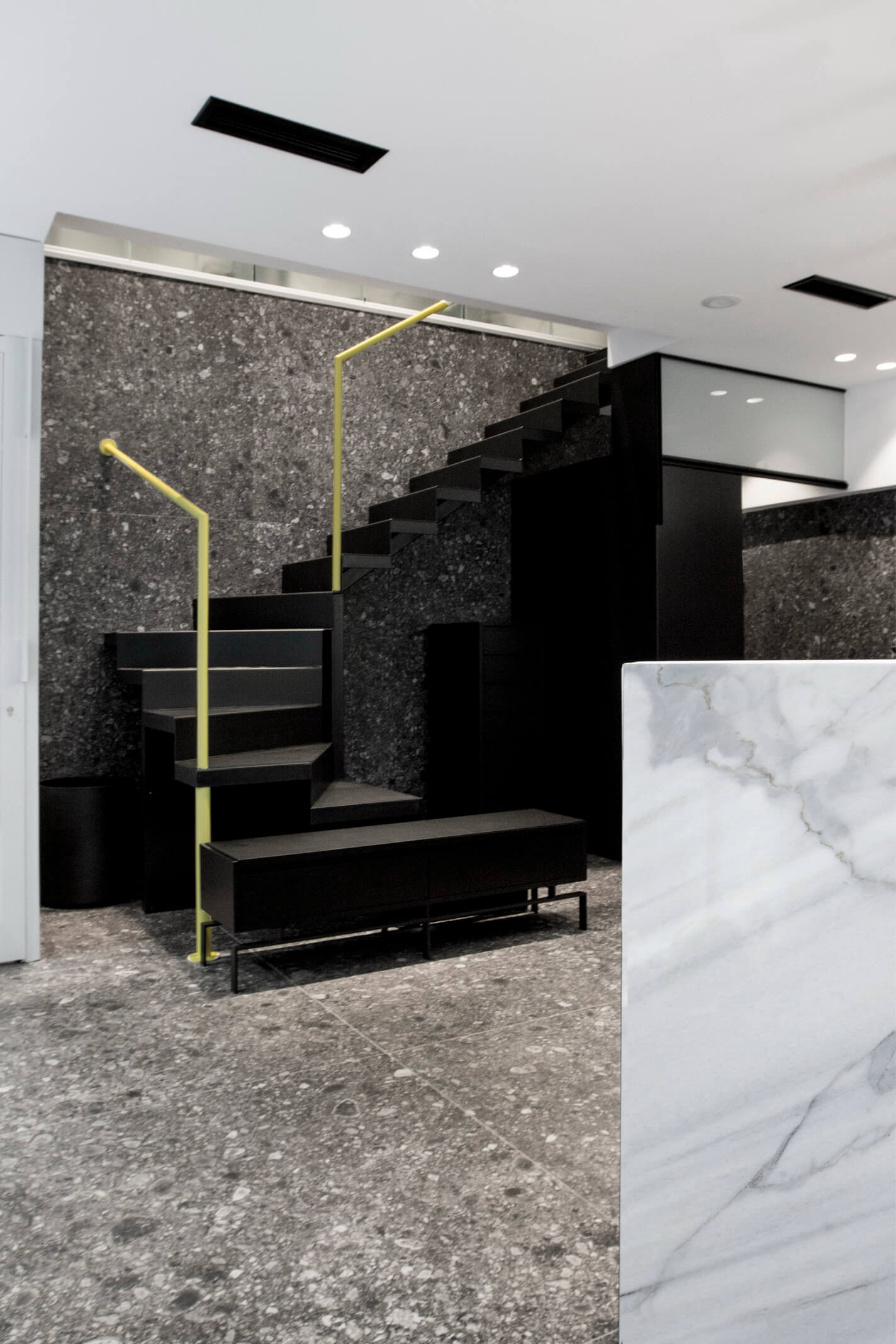 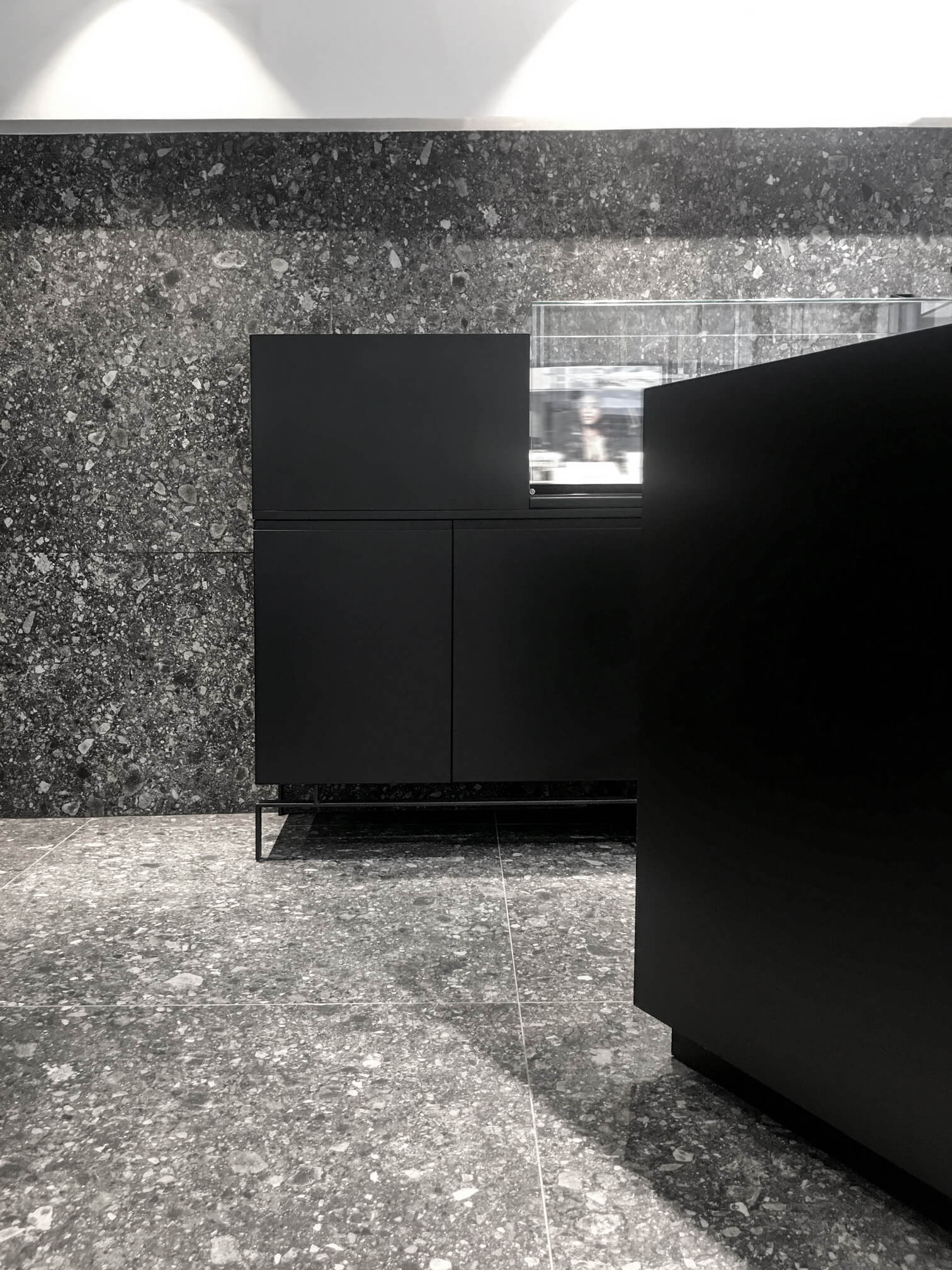 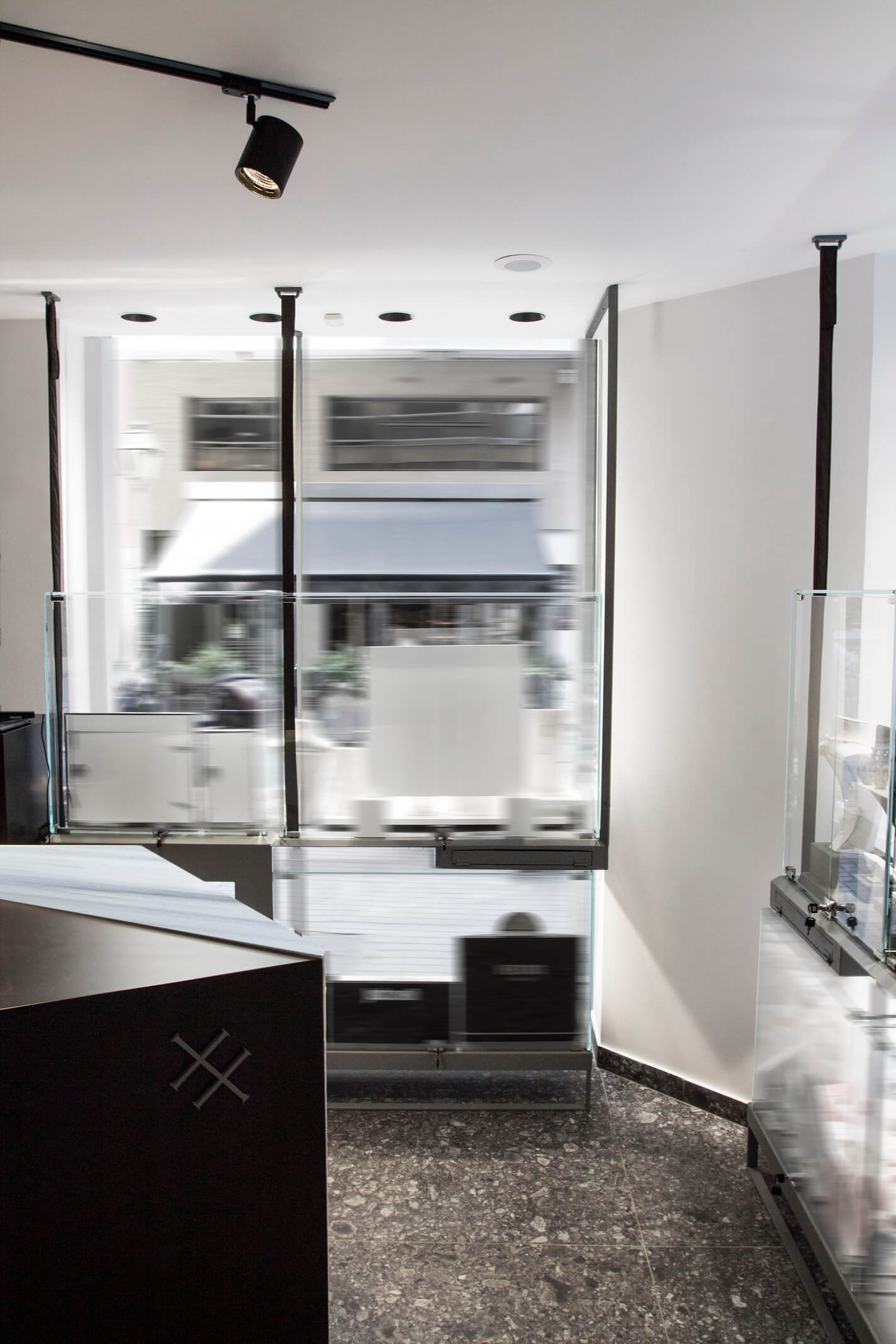 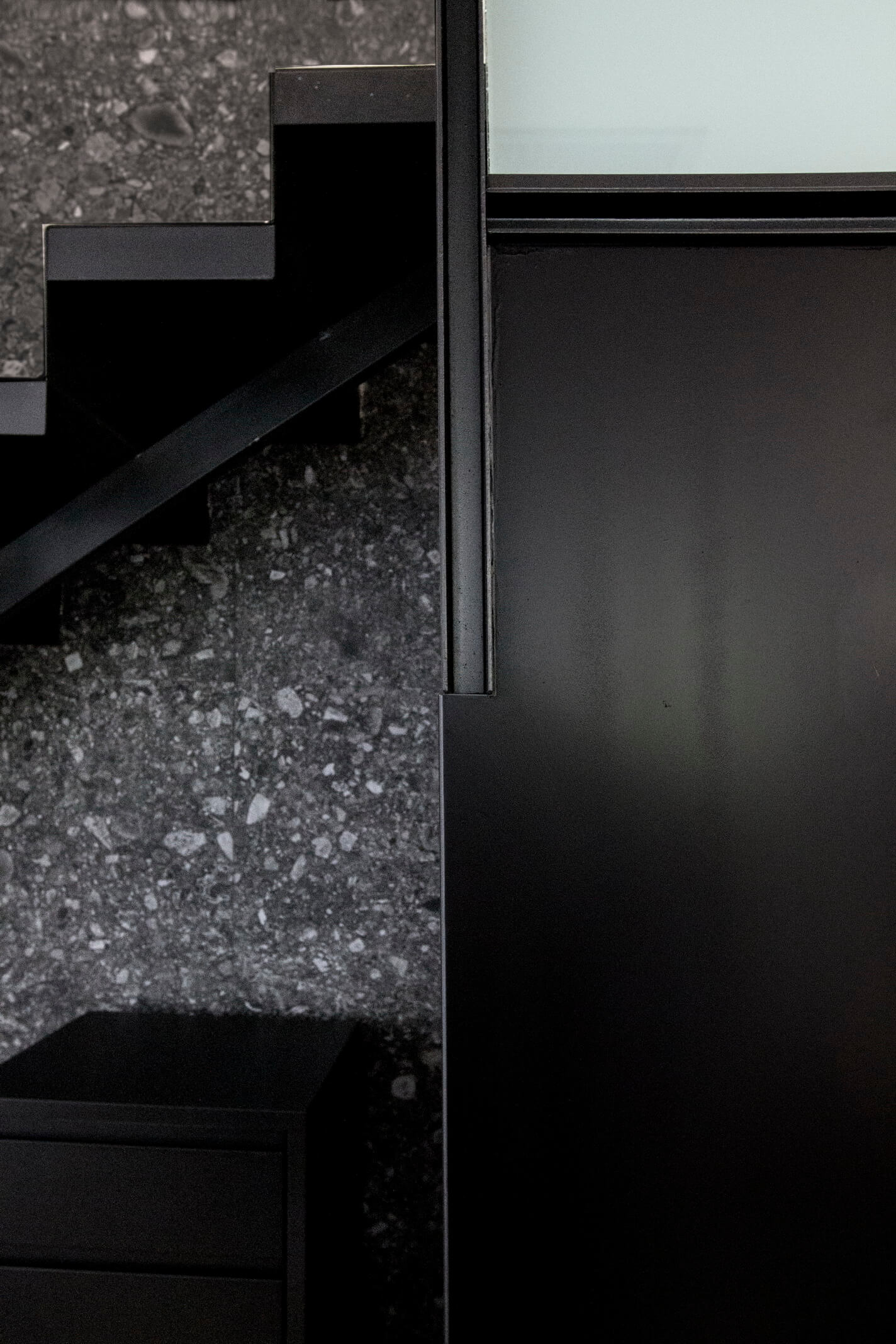 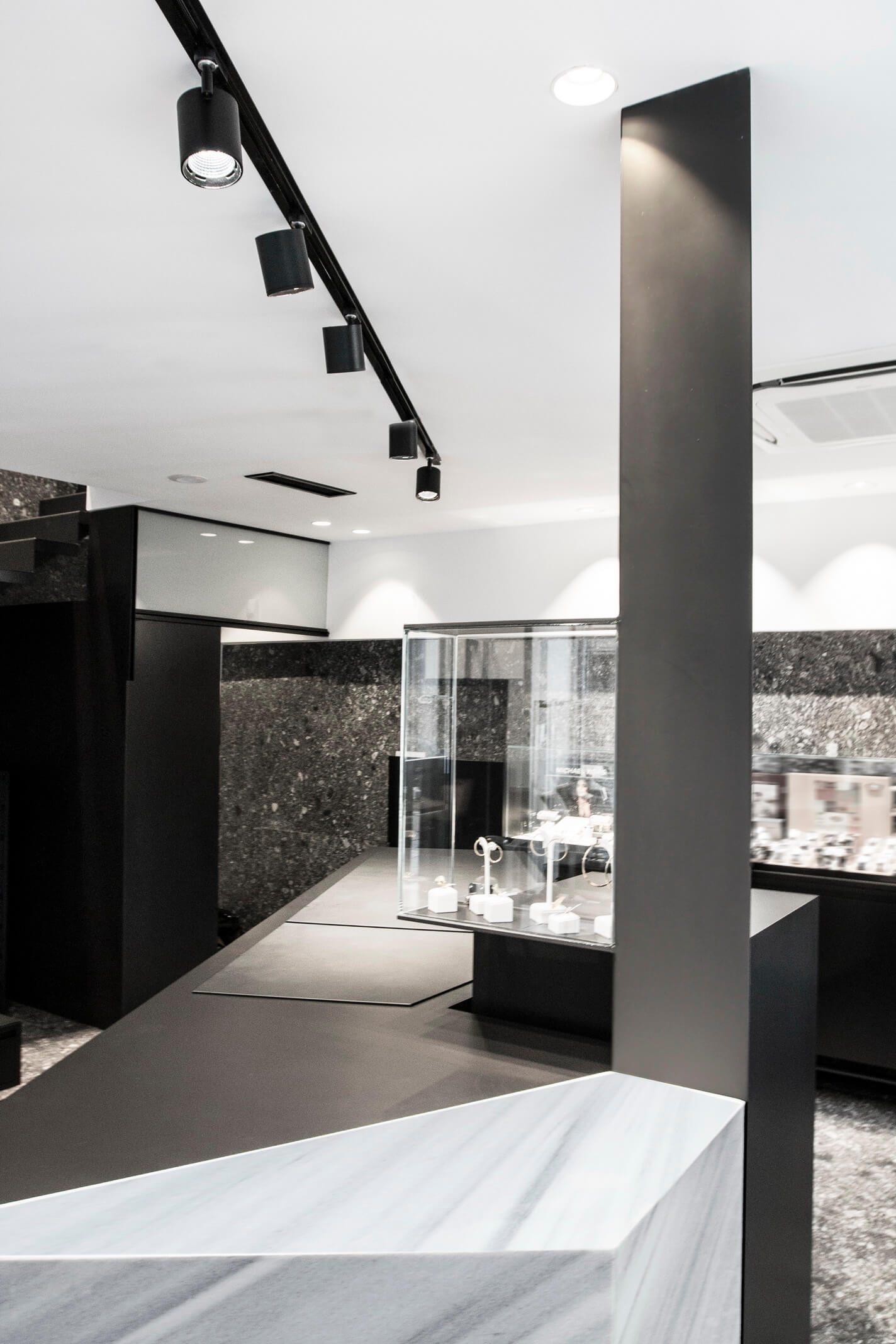 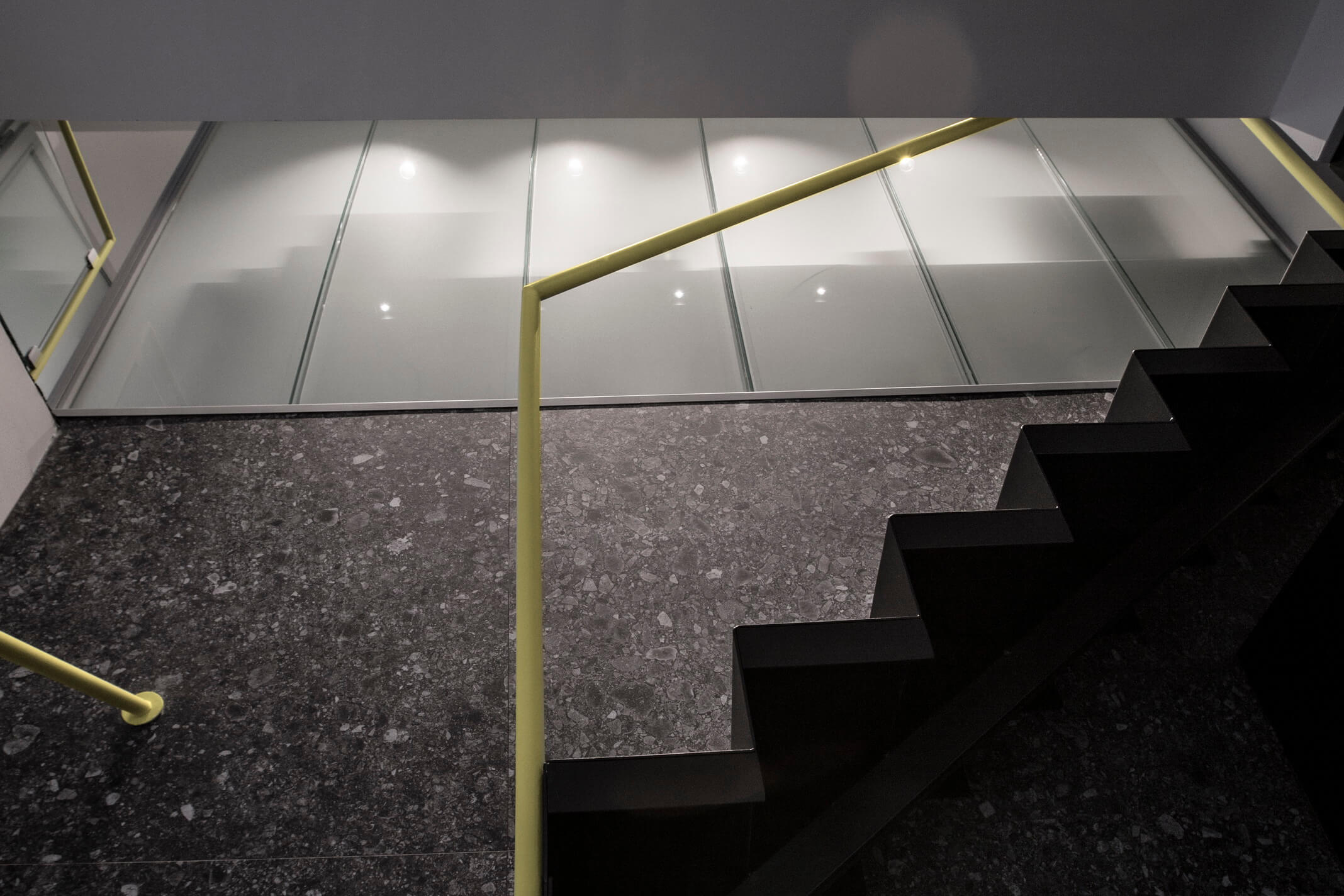 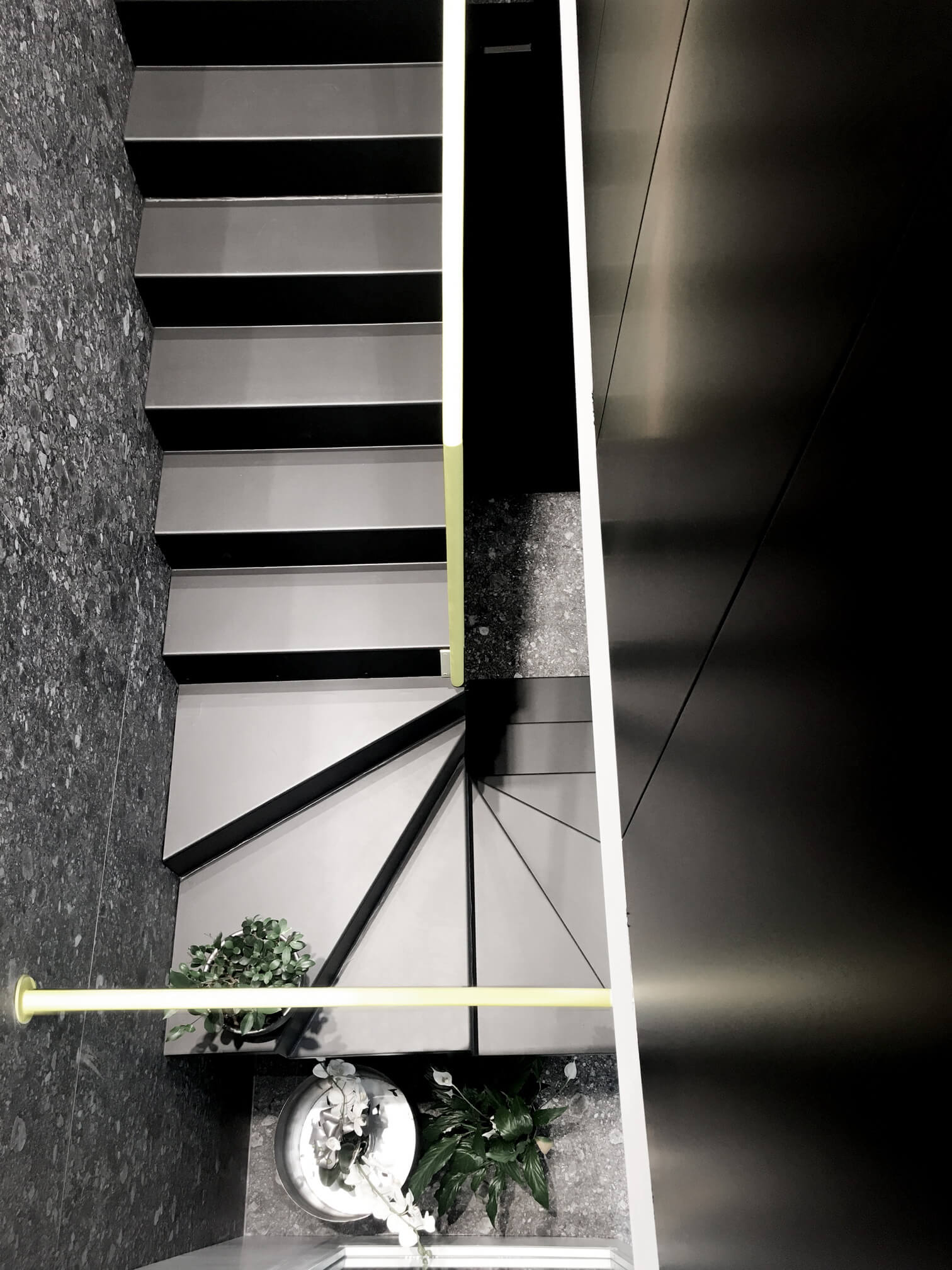 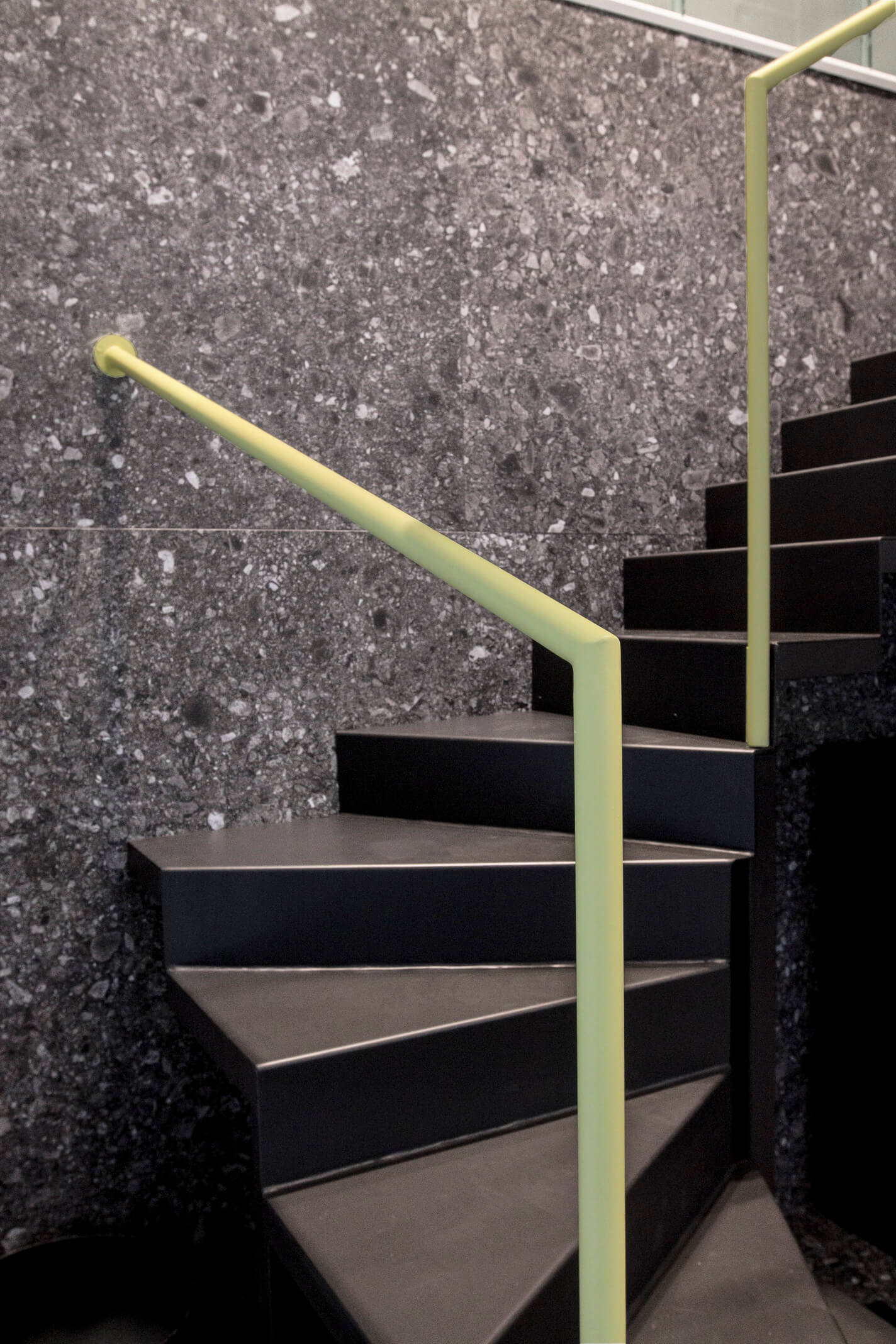 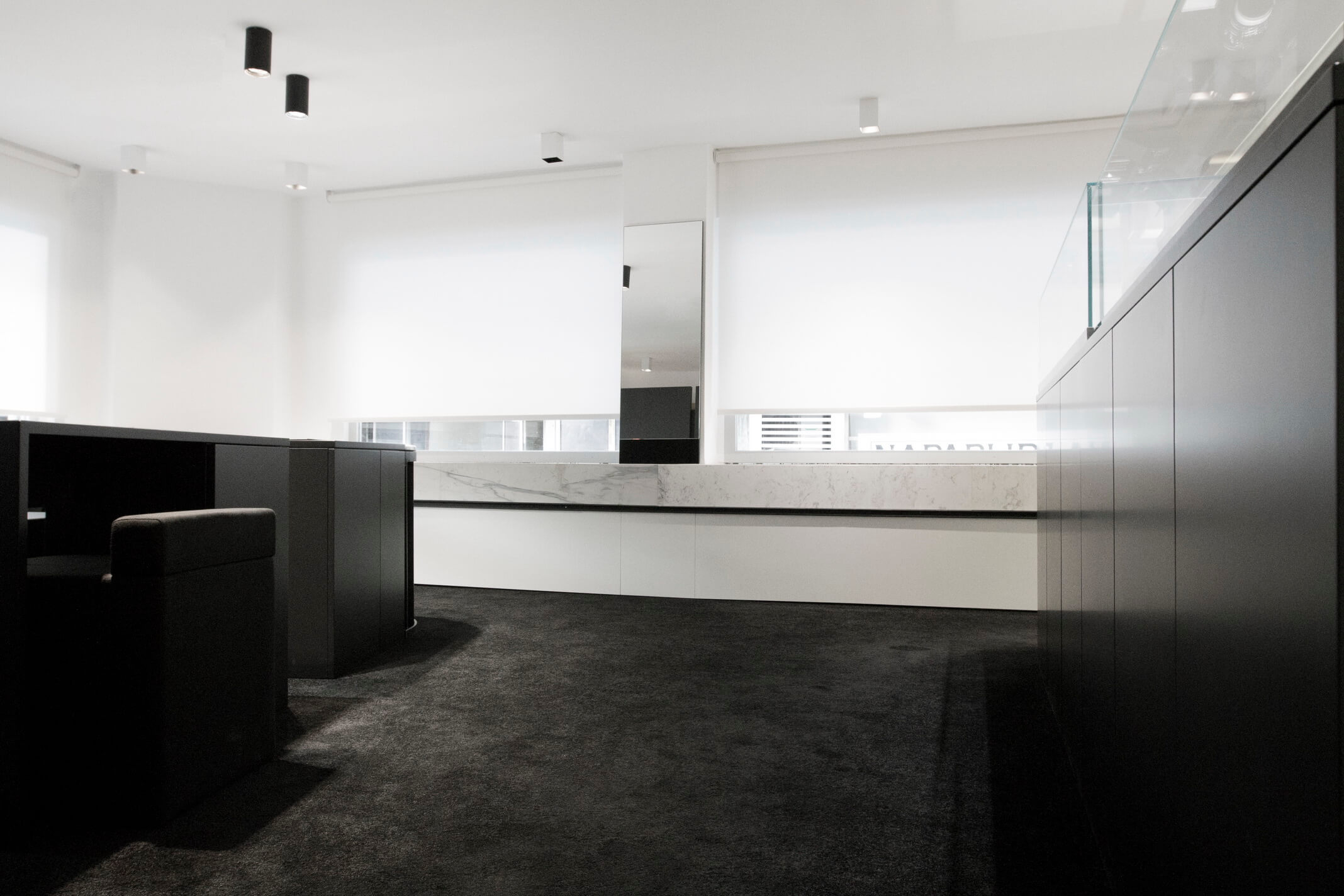 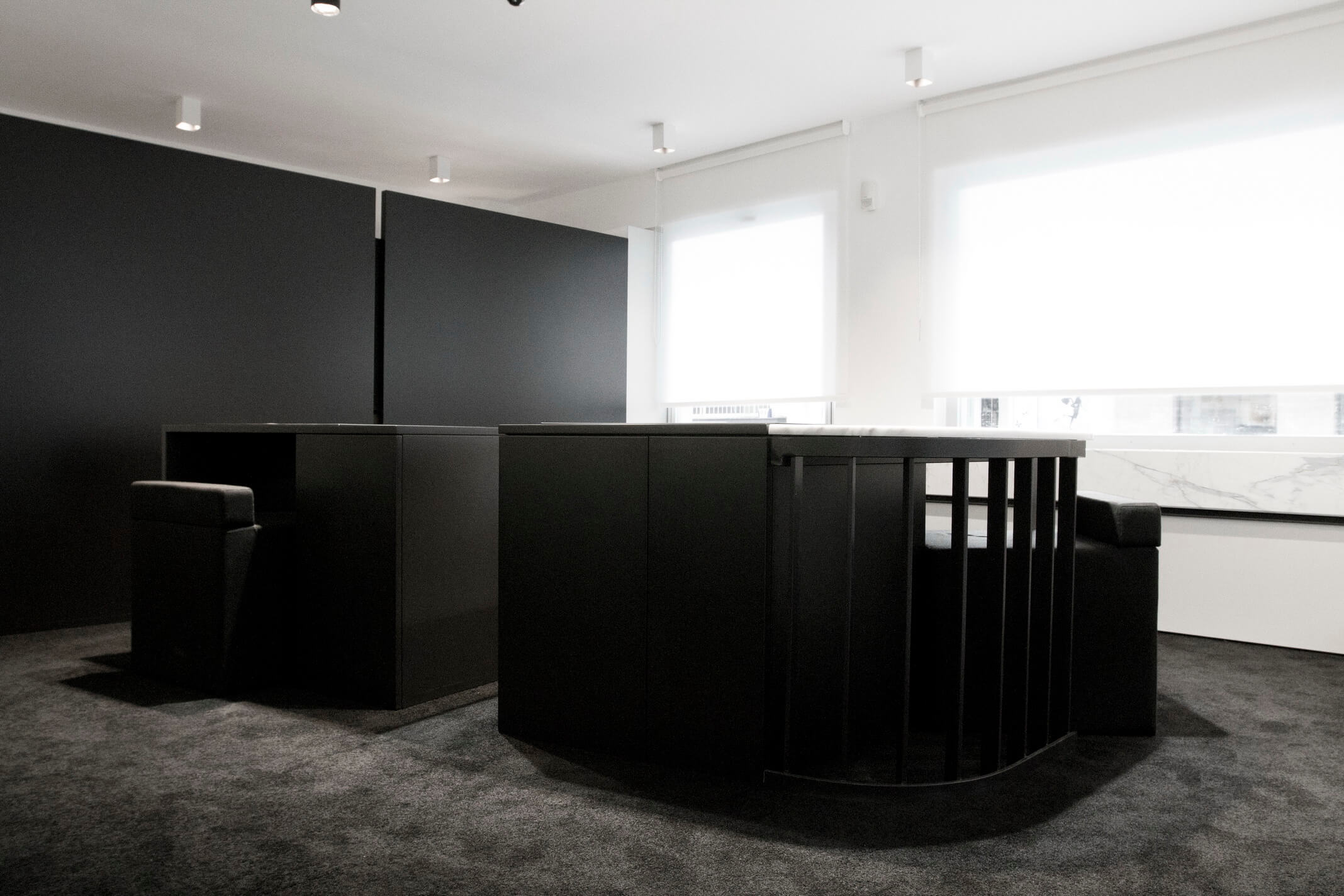 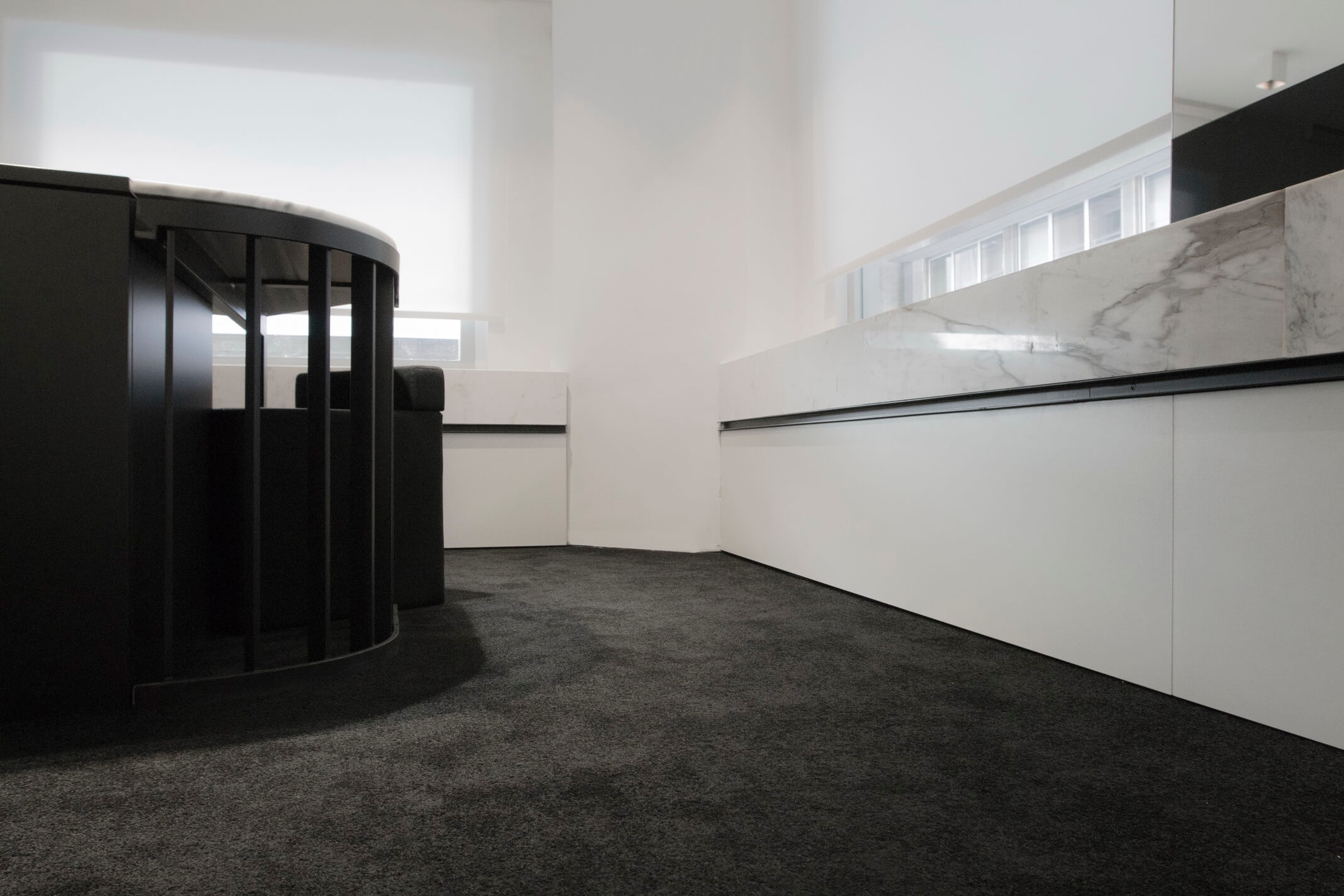 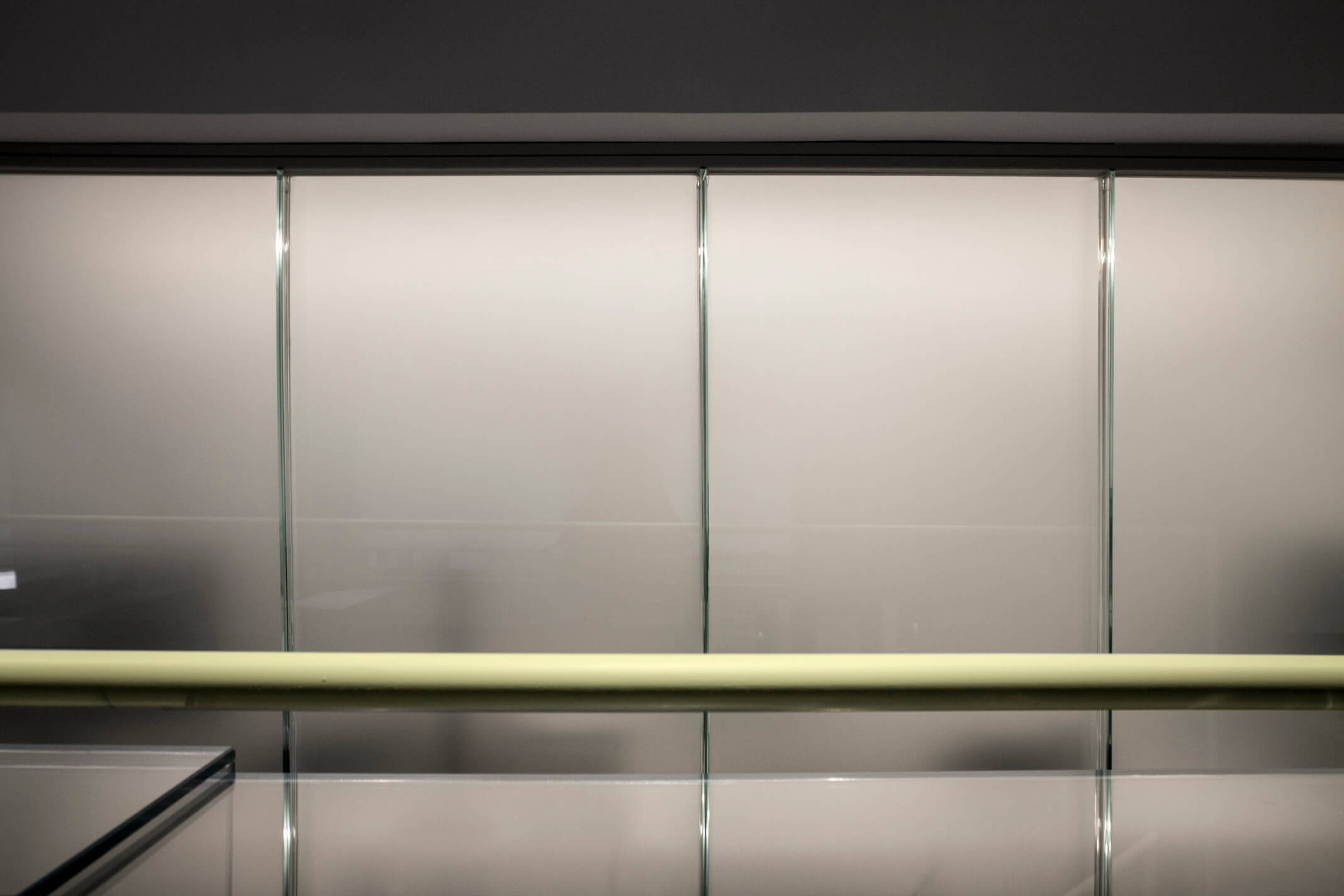 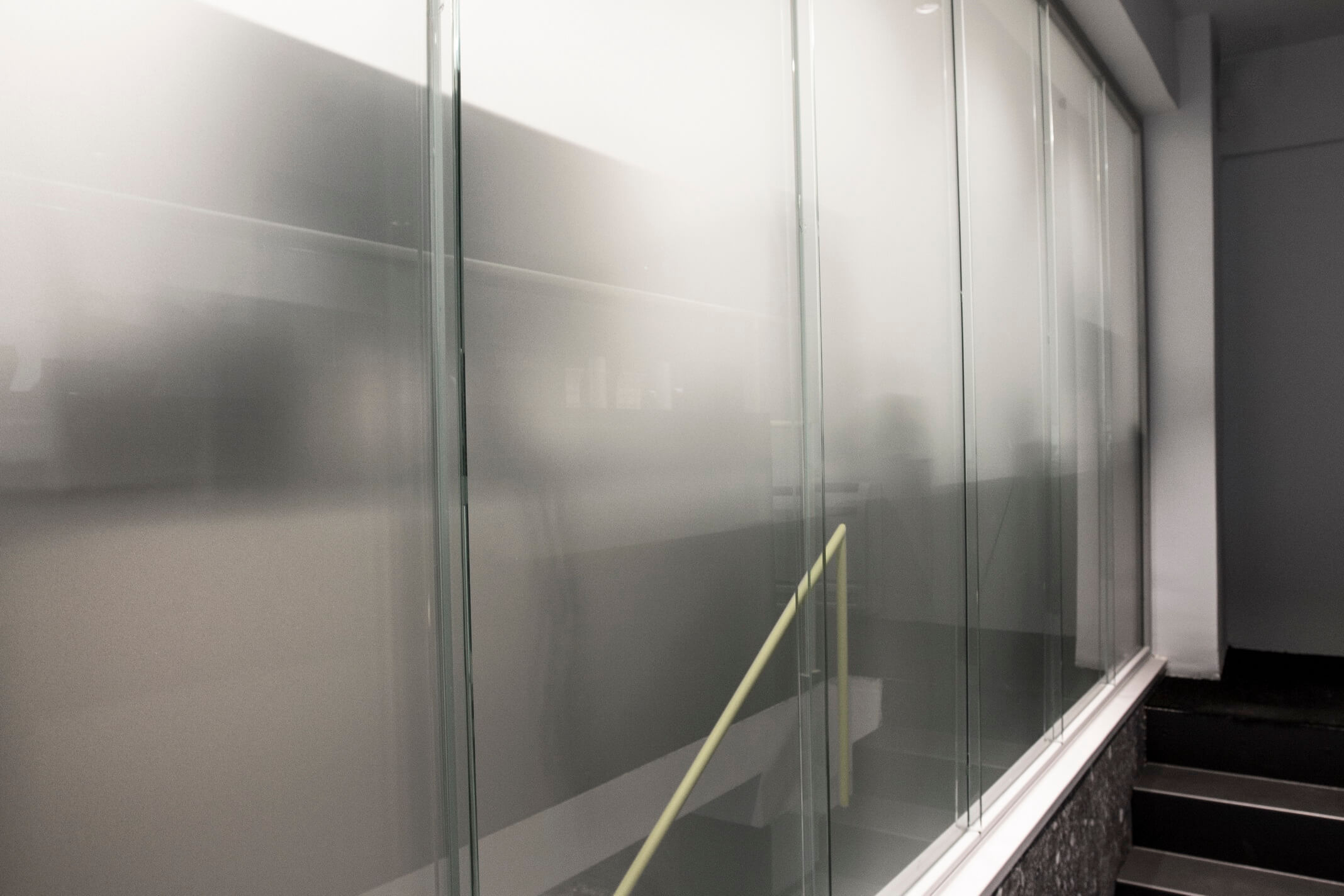 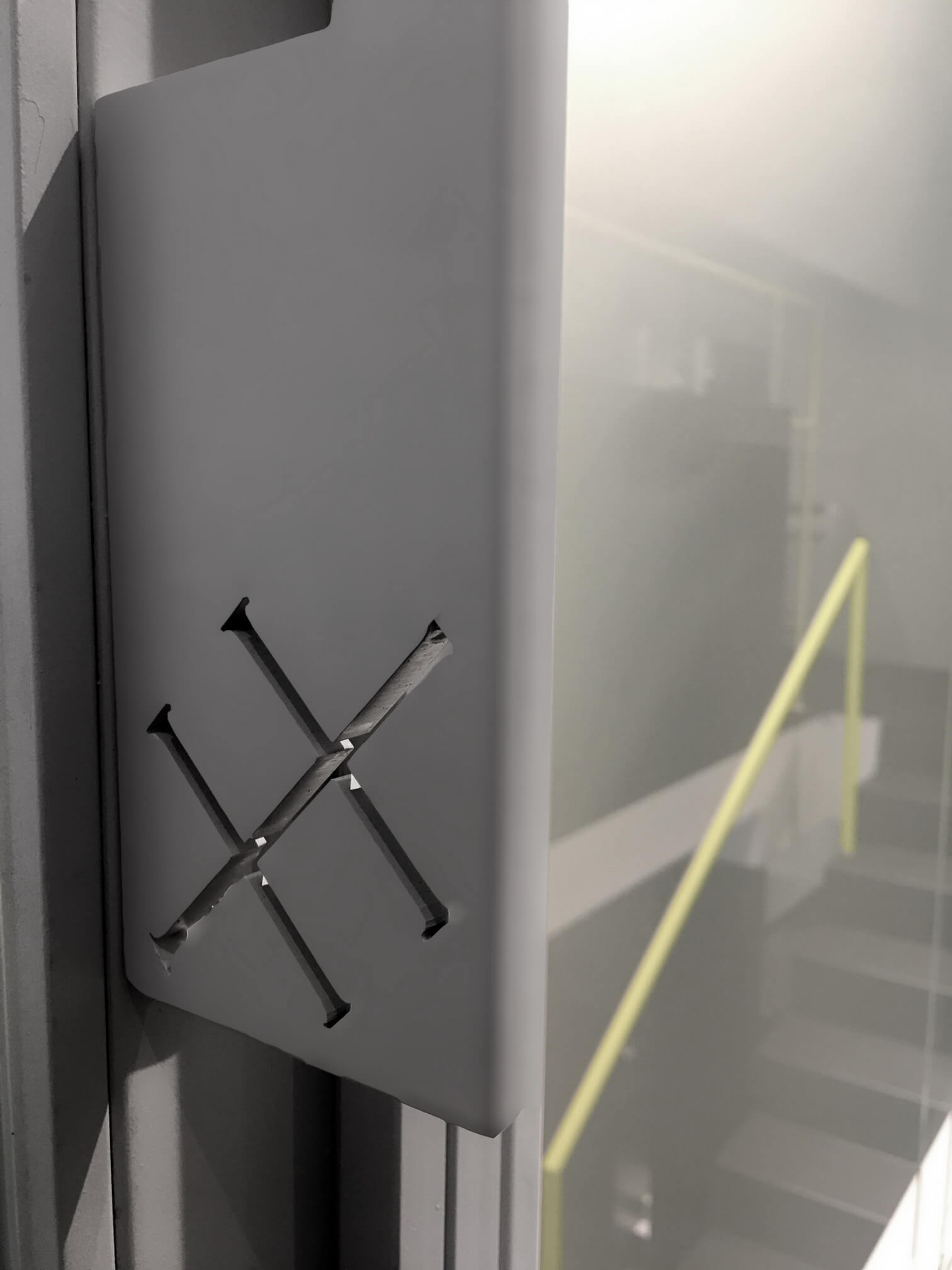 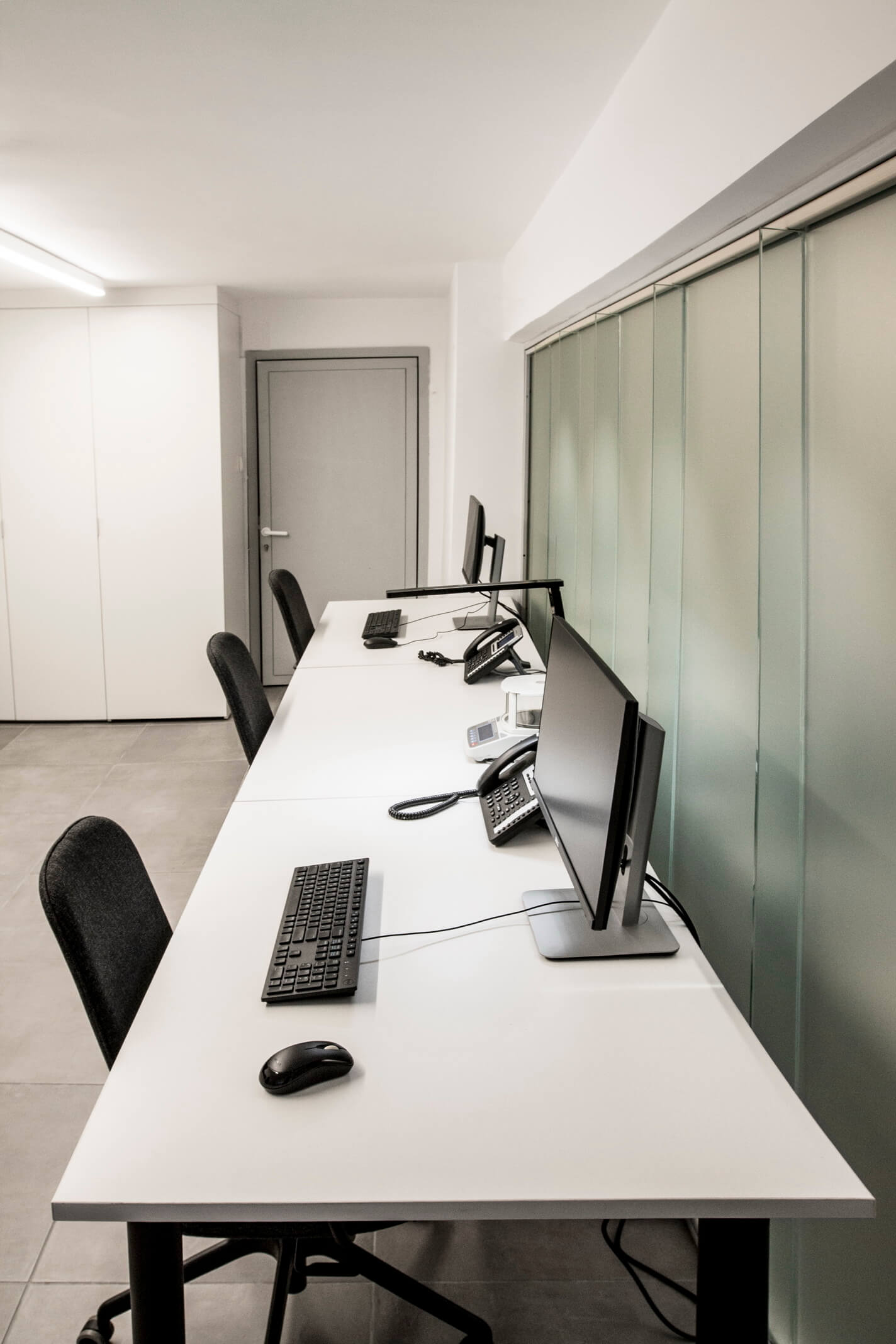 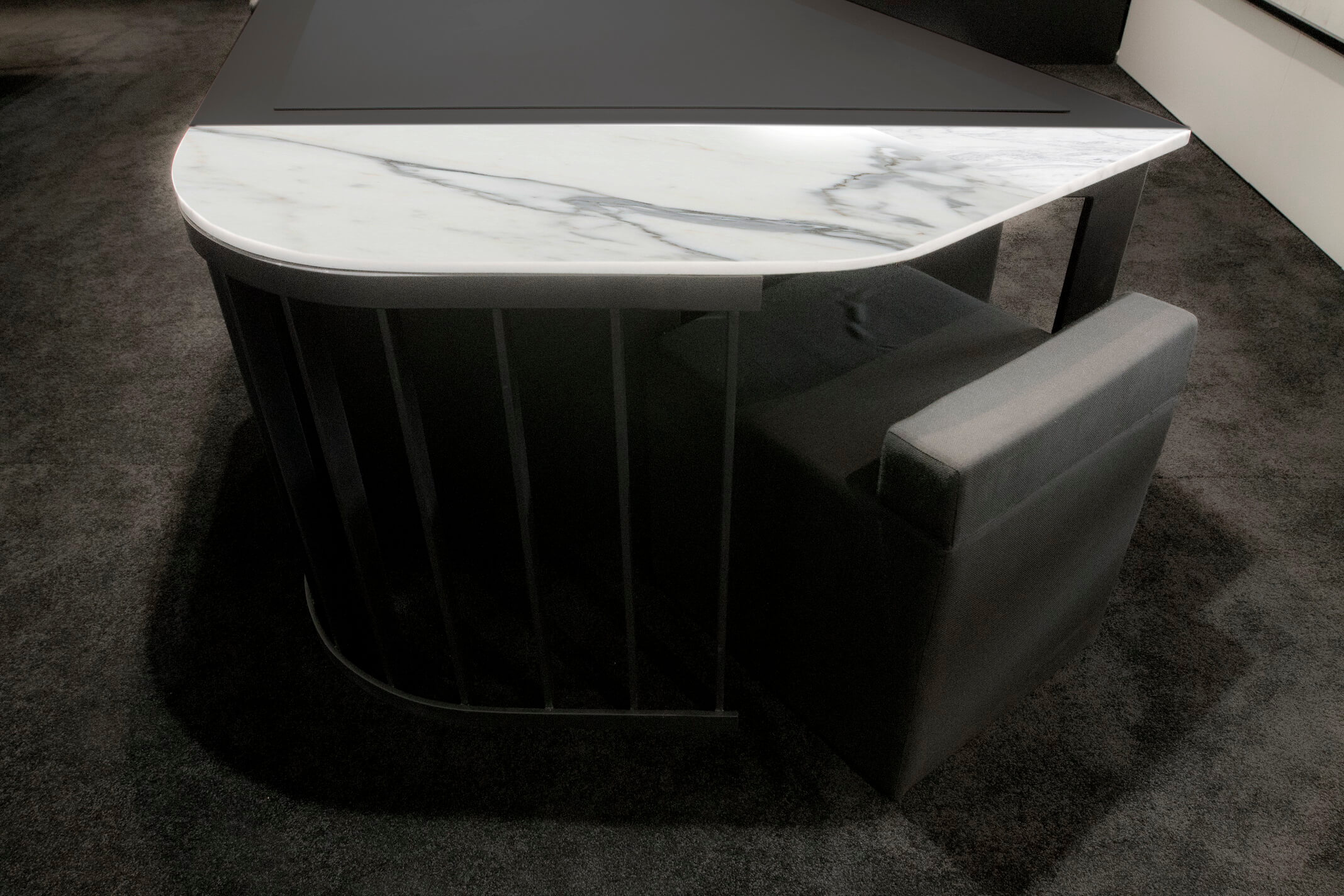 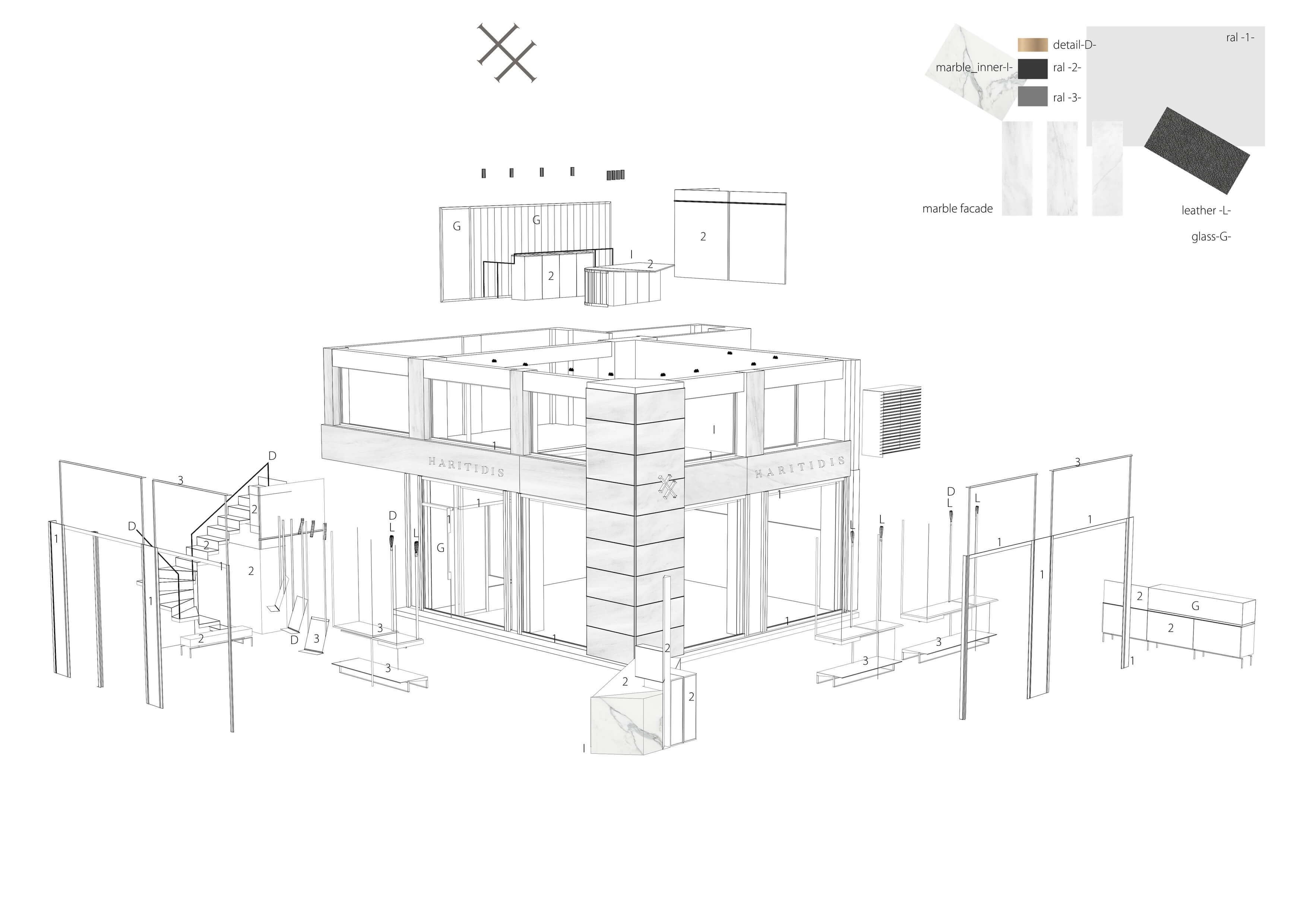