The site is located to the west access of the city alongside the main route and the railway network to the port, nowadays as a depot of the train-station of Thessaloniki.
As the map of the conceptual intensions shows we released the space of the depot and transform it into an open space for it’s neighbors and further to the city evolving a “tail network” of intensions and functions over a plan of dispersion without a specific and a firm diagram.
Our most dynamic intention is to invert the ratio of the built surface into eco-friendly soil. This action is achieved through decontaminating the area after removing parts of the polluted ground. The reposits generates two hills to the south region of the area having the railway network running between them.
-after this matrix anadiplosis we cover the ground with planting soil.
-replace the wall to the route side with a planting slope.
-installing an info pavilion in order to promote and present the landscape of the city and it’s natural potential.
-installing urban fields to involve the “green” conscience as well as the orchards with peach trees, plum trees, almond trees etc.
-restoring the building made of stone as a cultural center and the yard that surrounds it.
-the virtual ring to the main hill provides a panoramic view of the area. Transparent screens will show the coastal area as it was, as it is and as it could be in the future nodding city’s public spaces into a dynamic output. 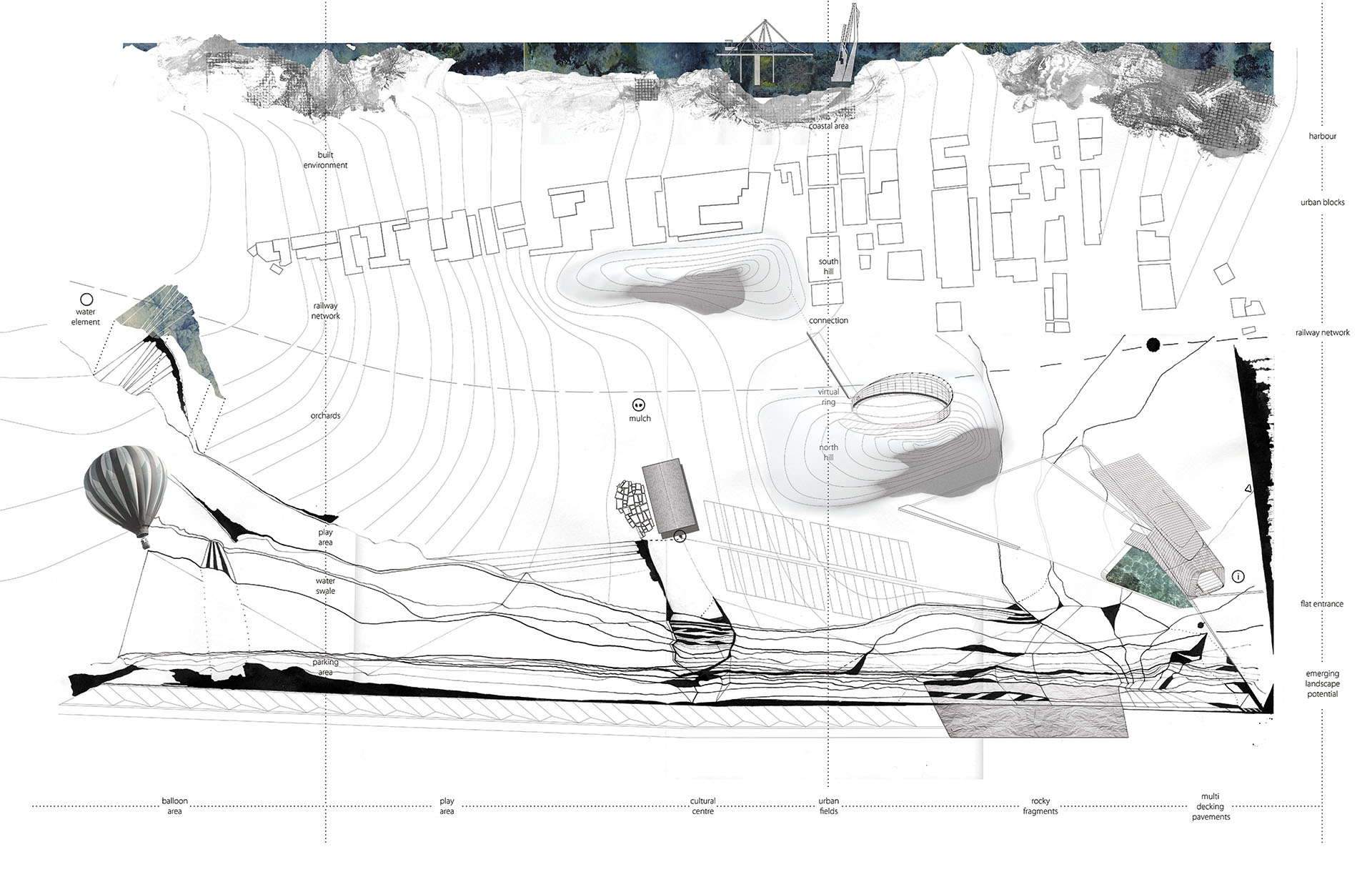 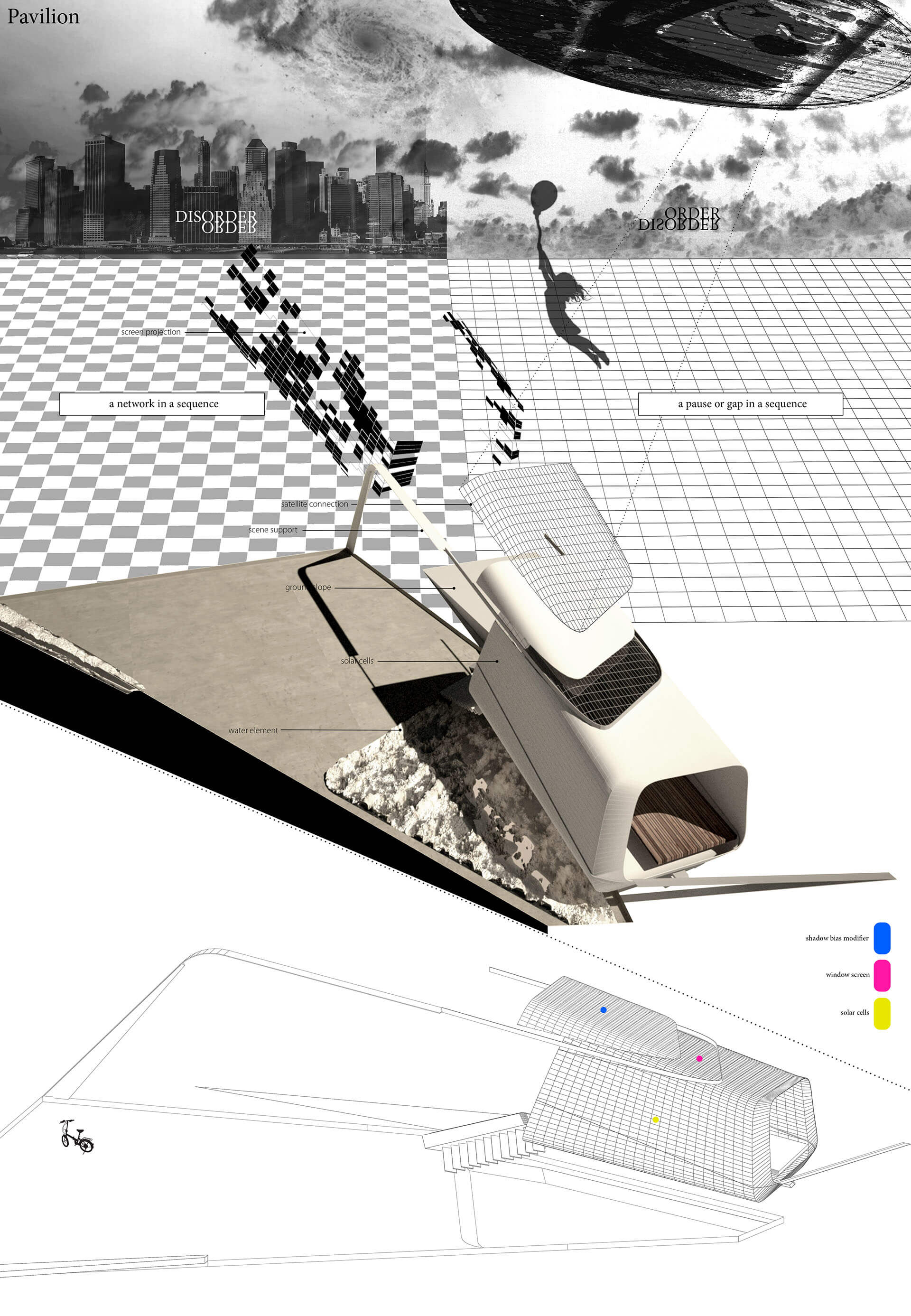